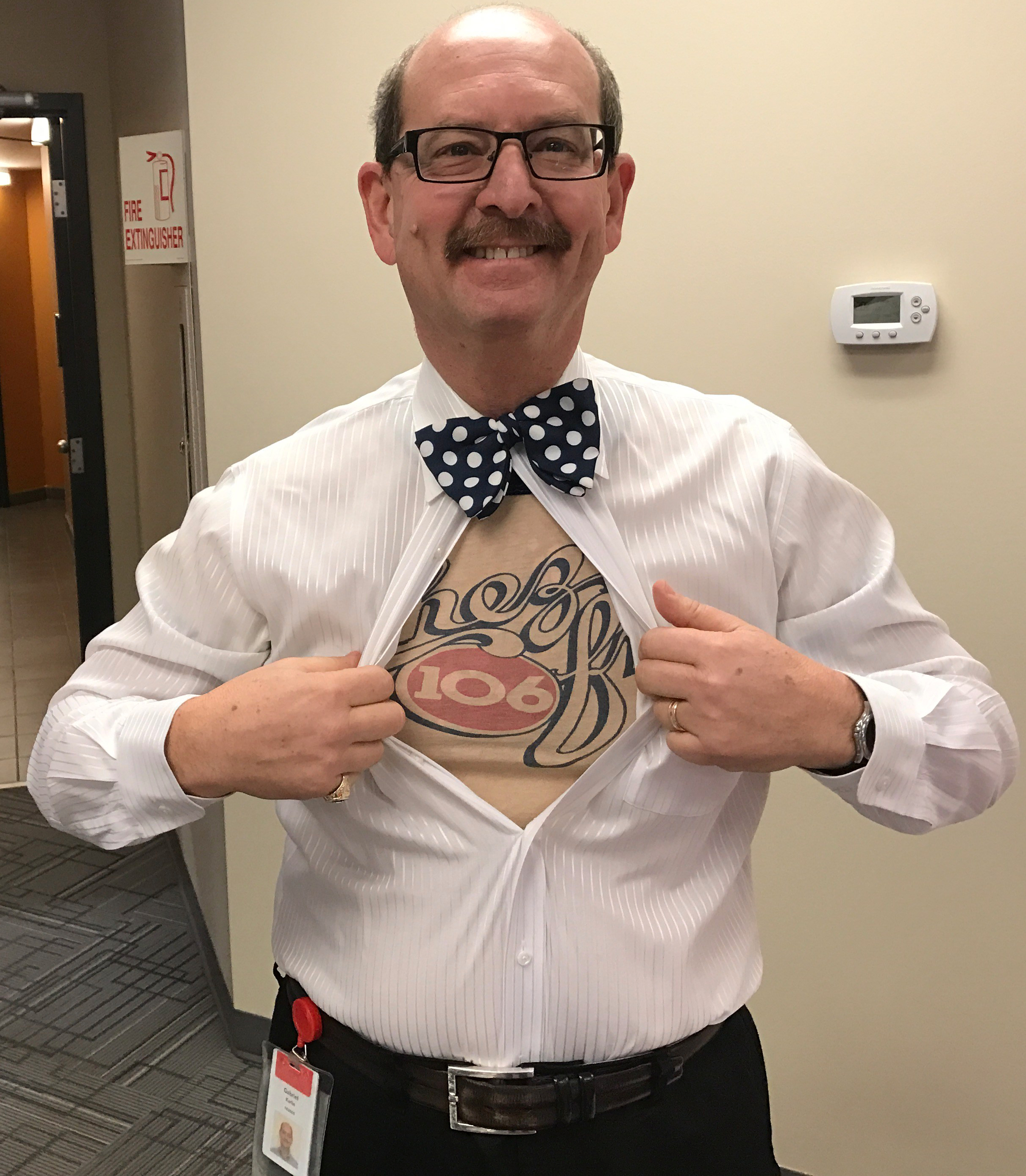 After 40 years with the same radio station, 106.1 CHEZ in Ottawa, Gabriel Karlin is retiring. Gabe is a legend in Ottawa and in the Canadian Radio Industry. He knows everyone, everything and is extremely successful. Loved by all. This week, hundreds of us were preparing for the send off of our colleague. The invitations were out, which included all the staff and many friends and clients, the festivities were planned and I even prepared a cheesy song to sing to him karaoke style.  (spoiler alert)

It was a celebration fit for a man, a CHEZ founder, who began his wonderful run on March 1, 1977. Appropriately, I was going to devote a lot of this week’s blog to paying homage to my friend as he starts his best phase of life with his wife Andrea and his family. I still am, but with a fateful twist to the narrative.

Gabe found out this week that his Father passed away at the age of 97. It was peaceful and family was near thankfully, but Gabriel was not. Gabe was preparing to come home from Florida for his retirement party when he heard the news. Gabe and his Dad George were as close as a Father and son could get.  I regretfully never met (Juraj) George, but felt I knew him through Gabe’s entertaining stories. They would see each other nearly every week for lunch or an outing. Although his physical health was good, he had been declining in recent years. Here is what the family wrote about him in the announcement;

After a full and extraordinary life, passed away on Tuesday, February 21, 2017, in his ninety-seventh year. Beloved husband of 60 years of the late Felicia (Lucia Windholz) Karlin, Devoted father and father-in-law of Helen and Mayer Alvo, Gabriel Karlin and Andrea Rosen. Proud and much loved Grandpa of Anita and Brent Almstedt, Daniel Alvo and Jennifer Waxman, and Michael and Amy Karlin. Proud Great-Grandpa of Alyssa, Ryan, Maya and Jacob. Predeceased by his parents and sister Vera who died in the Holocaust and his brother Ladislav Karlin. Loved by Daphnée Harrar and Victor DeBaie and Gabriel Harrar, sister-in-law Marta Karlin and his nieces and nephew, family, friends and especially Emmy Gitzi. George was a well-respected businessman and musician. His greatest joy was to sing, play and make people happy with his music.

So, instead of gathering at the venue for Gabe’s retirement party, a group of family and friends gathered at the CWINN Chapel in Greeley to pay their respects to his Father.

It was sad as all funerals are, but also very inspirational seeing all the mourners in attendance and hearing the Rabi perform the service. A first for me. Gabe’s eulogy was informative, (what a life he led) heartfelt of course and whimsical and thankful. Well done my friend. A beautiful tribute to your loving Father. George’s Grand Children also said a few words………wow! What grace and eloquence. Gabe told us all that as long as his Father was alive, he wouldn’t retire. Fate plays a role in everything. Rest in peace Mr. Karlin. You raised a wonderful family and a great son!!!!!!

The Scotties Tournament of Hearts Canadian Women’s Curling Championship is on in St. Catharines this week. My son Adam is the coach of the Team from Ottawa. Team Homan. It has been a successful week regardless of how it ends on Sunday night. Adam has certainly garnered some media coverage this week regarding his role as an analytical contributor & support coach.  TSN, Ottawa Sun, The Globe and Mail all have done features. Pretty cool, but stressful being a parent. I’m so happy and proud but so nervous.