A momentous weekend for 100’s of current and former employees of Ottawa radio station 106.1 CHEZ as it celebrates its 40th Anniversary. I submit 1000’s of CHEZ listeners are feeling pretty good about it too.

It’s not the norm in radio broadcasting for any station to remain in the same format for any substantial length of time. Canadian Rock stations for the most part…..stay the course. Congratulations to everyone now and then who put this monster on the air and still keep it humming 40 years later. We’ve come a long way!!!! 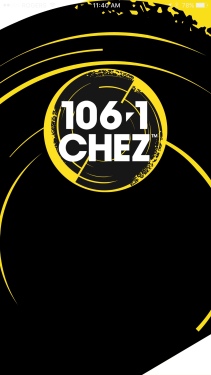 This occasion has me thinking about how much fun “FM” was back then (and how many more people we had in our stations) but also how difficult it was to follow the rules. I don’t mean creatively, I mean from a regulatory perspective.

A short and incomplete history of the FM Regulations……

There were essentially 2 “Progressive Rock” FM stations in Canada in the late 60’s and early 70’s. CHOM FM Montreal and CHUM FM in Toronto. Does that surprise you about CHUM FM?, they used to be rock station. CFOX Vancouver was an early Rock adopter as well but not to the same extent as those “underground” FM’s. AM was KING. Top 40 ruled. These hippies were playing that Rock and Roll on that weird band and no one even had FM radios. They certainly were not installed as standard issue in automobiles.

There were many FM’s in Canada, but all were very different from Rock.

In the mid 70’s the Broadcasting Act was reviewed and this allowed several of those MOR (Middle of the Road) FM’s, a new authorization to play Category 2 music. (Defined by the CRTC as Rock/Hard Rock). They would have to apply of course. The one’s I recall are K97 Edmonton, CJAY 92 Calgary, 92.1 CITI Winnipeg, Q107 Toronto, FM96 London and 106.1 CHEZ in Ottawa. Many more Rock FM’s would be born of course. It wasn’t easy to program FM because the regulator still wanted to protect AM and provide diversity on the airwaves without giving an unfair technological advantage to the superior FM band. Accordingly, there were rules for everything…..and it literally started with licensing only a couple of FM’s per market. That’s right, only 2 or 3 in most cases and they were not owned by the same company like now.

With that in place, (low competition), there were Promises of Performance that had to be followed….

Type of music– Broken into Categories.

Cat. 6 Traditional (Anything but Cat. 1-4) That’s why you’d hear Jazz or Blues or New Age on Sunday mornings on every Rock station. It didn’t fit, but it was a minimum requirement for added diversity on all stations.

Enriched spoken word– Backgrounding, in depth content about virtually any topic. That’s why there were “1 Hour Daily” News Shows. That content was “ESW”.

News – Pretty straight forward. But news was not surveillance.

Distinct Selections – The minimum amount of songs you must spin each week that are distinct. Most POP’s were about 750. Some were 900. (CFNY for example) This was designed to provide diversity. Today’s Top 40 stations would play about 150 distinct selections.

Repeat Factor – Maximum 18 plays. I remember Doug Pringle saying to me “Danny, we can play it 19 times, the first spin isn’t a repeat”. True. That’s what we had to do. (Most Top 40 today repeat anywhere from 60-100 spins per week for their power categories).

Hits – All stations had to play less than 50% Hits. A hit was defined by any song appearing in the Top 40 position on any industry music chart. Billboard, RPM, The Record, Radio & Records. This regulation is still in effect in Ottawa and Montreal to this day. It’s a Francophone radio issue. Long story.

Mosaic and Foreground Programming – Remember hearing those one hour specials on”The History of Rock” or those features that let listeners pick their theme of “4 favourite songs” with the reason why they felt that way? That was called enriched programming. Every station had to dedicate 50% of their broadcast week to qualified “Enrichment”. So if there are 126 hours in the broadcast week, 63 of them had to be enriched. Of that 50%, most had to do 15% Foreground and 35% Mosaic. Are you still with me?

The quirky regulation that I will never forget is the disqualification of Foreground segments. If they were interrupted with “surveillance” (Time check, temperature whatever….it did not count) Go figure.

I could go on……but suffice to say, you needed to have mathematics and accountant skills back then. And yes, there were and still are although fewer, “analysts” at the CRTC who would analyze your station performance a couple of times a year for compliance. Most stations did not ever 100% comply. Not intentionally, it was just so easy to not achieve the exact numbers and timing needed. That was never a fun day when the RAP analysis came in the mail. Chuck McCoy to this day still grills me about then Moffatt Radio President Jim Mclaughlin yelling at me……“YOUR STATION DOESN’T F#@%ING COMPLY”. I can still see his sweaty head and bulging veins, as he leaned in to me. On the elevator ride down from his office, Chuck turns to me and says, “Well, that didn’t go well”. We just burst out laughing. Humour diffuses a lot. But it was a good lesson.

The content rules changed dramatically in 1990 and 90% of the regs were dropped. You could do whatever format you wanted and didn’t need all the other content rules. Only 35% cancon and logger tapes remained. Hit/not hit was adjusted and later dropped completely. Except in Ottawa and Montreal.

Over the years, (80’s/90’s), broadcasters lobbied for deregulation in the States, not that they had content rules, that would be ridiculous to them, they lobbied for multiple ownership rules to be abolished and in the mid nineties, the FCC dropped that rule. They went nuts. Private ownership gave way to Wall street equity funds and multiple stations were purchased for extremely over valued prices. You can own 8 FM’s in USA in any market. Imagine having that in New York? Many in the radio programming business believe that was the day the music died to borrow a phrase. Maybe in the states it did. It’s completely over licensed and completely under regulated. And technology has eliminated the live announcer. For the most part. Today, many publicly traded US companies are spending all their time refinancing their debt to keep the share price up. That said, revenues are healthy in the US.

The multiple ownership rule was still in place in Canada, where broadcasters could only own 1 FM and 1 AM per market, until 1999 when maximum ownership increased to 2 FM’s and 2 AM’s depending on the market size. There was a buying spree here in Canada too but not to extent as in the states. We still have rules.

The days of private and family owned and operated radio stations in Canada are over with a few exceptions like Rawlco, Paul Larche, Golden West, Bayshore, Blackburn and a few other independents. We have 5 big companies running Canadian radio now with Rogers, Bell, Newcap, Pattison and Corus controlling a lot of markets.

That said, as always, Canadians were not and are not treating this wonderful radio industry as merely another investment. Is it profitable? You bet. Have there been efficiencies discovered? Yes, but I stand by this statement that the broadcasters tasked with running radio in Canada respect the industry, understand its power and popularity and influence and the responsibility we all have in all the markets we serve. Are we perfect? Nope. However my declaration speaks to intent your honour.

The regulatory trip down memory lane notwithstanding, I again congratulate all those involved in CHEZ over the years and to its founder, Harvey Glatt…..we salute you. CHEZ is a special station because of the special people who contributed to its legacy over the 40 years. Here’s to 40 more.

I look back at a post from several weeks ago when I mentioned my son Adam Kingsbury is coaching the Ladies Curling Rink of Team Homan from Ottawa. Well, they did win the Ontario championships in Cobourg, then they won the Canadian Championships in St. Catharines and have gone 12-0 at the World Championships in Beijing. They play the gold medal game at 3a Eastern on Sunday against Russia. I’ll be watching. Couldn’t be prouder of all of them.