Monday night I attended a listener party for 159 qualifiers, where we gave away the grand prize for 106.1 CHEZ’s signature promotion, Toys 18. A lucky winner walked away with a new Ford F-150 truck, seasons tickets to the Sens, a home theatre package, a trip to Vegas for 4, tickets to Guns ‘n Roses, a custom garage floor and a huge tool package. Pretty impressive. Our promo department is great. They execute well. Good planning.

This promotion has been running annually for 18 years. That’s a long time in any medium. I remember well the day a group of us brainstormed this concept in the old CHEZ boardroom on 134 York. Dave Schutte, Craig Jackman, Dan Youngs, Renaud Timson and myself. Apologies if I missed anyone. That was spring of 2000. I have to go by memory but I know we had a Mazda 4 x 4, a fishing boat, and a stereo. There was more. The one gag prize we offered in year one was a penis enlargement. Yup. That caused all the talk. No one cared about the other spectacular prizes as much as a tinkering of the winner’s member.  I vividly recall we had some disagreement in the station about it. Sales didn’t like it. Our competitor sales department was all over the streets crapping on the idea and they even told the agencies in Toronto we were lowering the bar and they shouldn’t have their clients on a station with such low brow ideas. As it turned out, most people got the joke and so began this concept to giveaway a big Prize every year in a contest named Toys for Boys. In 18 years we’ve given away motorcycles, cars, (Cadillac, Mercedes, Audi, a classic car and trucks), TV’s, vacations, tools, red meat, beer, a walk on part in a porn movie and much more. I would estimate the total value would be over 2 million dollars in the 18 years. Although it was called Toys for Boys, many women won the prize over the years. Man, we’d have some cheesed off listeners when that happened. “I thought it was Toys for Boys man”. Unfortunately we had the odd knuckle dragger over the time. Mostly, great qualifiers and gracious winners. So edition 18 is in the books and we’ll start our planning for 19. Yes, we did decide to rename to Toys. And drop the “for boys”. Not from any pressure, mostly because that’s what we call it around the station and it stuck. And truth be told, it’s 2017. As JPT would say.

Here’s a shot with Doc and Woody……3 of the Toys For Boys Originals……..

And oh, the enlarger ended up being a pump. No big deal. Except Schutte ended up going to an adult store in the market to buy it. 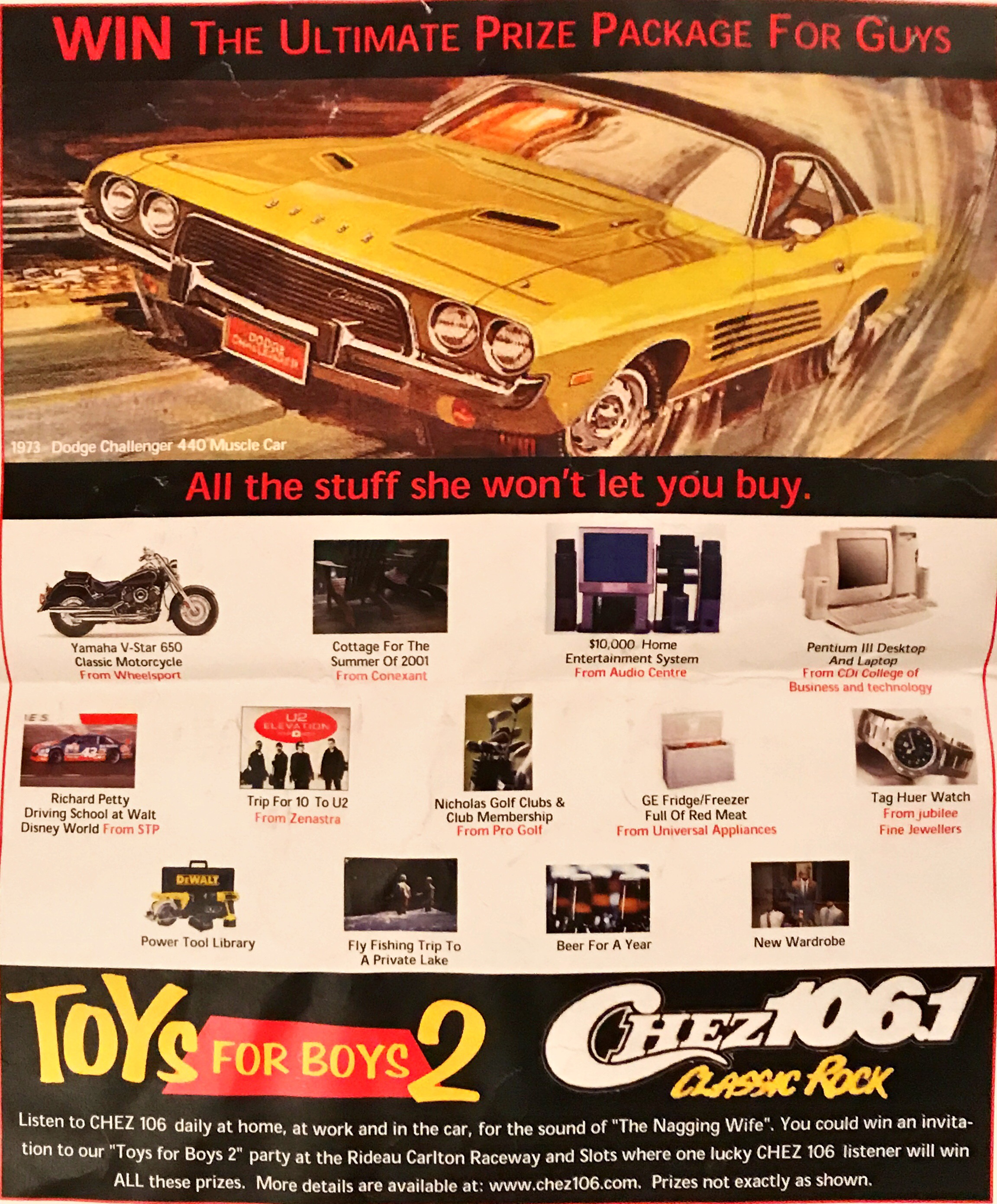 Thursday was a good day in our family as Dawn got the 6 month all clear of cancer news. As anyone who has gone through this knows, it’s an anxious time. Good to get that check mark. Yes, the oncologist told us she has to be screened every 6 months for a few years and then annually for the next 10 years due to the type of tumour she had. It was a slow grower. Her insides have healed mostly and we are trying to live everyday. We’ll take it.

The will to live

The same day we found out Chris Cornell committed suicide. It did not go unnoticed that so many people around the world are doing anything they can to live longer and yet so many people also have such emotional problems that they feel taking their life is the only answer. It’s obviously not true at all. I do know that a human being’s greatest will is the will to live. That’s what keeps us on this side of terra firma. When we lose that will to live, the consequences can be tragic. It’s terrifying to think about. I hope I can always available for anyone at anytime to talk to.

Thanks for reading. Have a great long weekend.