See a gold car, read about other things.

This was my first attempt at click baiting……….sorry………..it’s just I have never seen a Gold car before last night driving home……..so…….since you’re here……welcome to this week’s blog…….sweet ride huh?

With a Little Help From My Friends

June 1st was the 50th Anniversary of the release of The Beatles landmark album…..(vinyl) Sgt Pepper’s Lonely Hearts Club Band. The milestone was well documented on all media as it should have been. I was only 7 years old when it was released, but I do recall hearing the music on the radio. I do….with that artwork, it was a celebration. And it was Canada’s 100th year, so everything seemed to tie in that summer. (As my memory serves).

I won’t wax on the cultural significance of the accomplishment because I have praised enough on other platforms, but suffice to say, if you put this album on today, on a good stereo, you will be blown away by how great the music, production, lyrics and singing is. I did hear some interview clips this morning with Paul and John talking about the production in Abbey Road studios…….just a couple of lads, having fun, experimenting with George Martin, liking what they did. Amazing.

Canadian connection…….that black patch on Paul’s left sleeve is actually a O.P.P (Ontario Provincial Police) Badge. You can’t see it in this album cover, but it’s there.

If you’ve been in the biz as long as I have, you have long passed being irritated by reading someone’s comments on radio’s demise. Radio is still a very healthy medium. Particularly in Canada. I know that anecdotally, and a report this week provides some additional evidentiary support from Edison media. The top level results of a study they conducted report Canadians consume 4 hours and 14 minutes of audio per day. Broadcast radio holds 61% share of all Canadian listening. Streaming has a 9% share.

By comparison, US radio has a 50% share of listening……15% streaming.

I’m not surprised. How do we keep it going?

Those who know me have heard my elevator ride speech on terrestrial radio. Yes, we need to continually improve and offer local programming and information and ideas and entertainment, we need great personalities who want to be heard and want to entertain. However, radio has to be effective for the advertisers too, the way it has been and will be if we keep our act together.

I admire many radio marketing experts in our business, but few more than Scott Bodnarchuk in Halifax and Jim Blundell (retired) in London. They figured it out long ago. As long as it’s used right, radio works!!!! If it’s all about the advertiser, not the rep or the station when you are in front of the client. If it’s targeted, placed on the right station with the right creative and the right frequency…meaning spots per week….radio is the most valuable marketing tool for retailers. We need great sales reps who understand that, not order takers. (not that taking orders is a bad thing) It’s ideas really, not commercials. I see dozens of success stories with this philosophy every week. Great writers, great producers with the right information from the client….create great commercials.

There may be a bandwagon about radio’s demise……..but don’t make a reservation for me on it just yet…..radio has lots of runway as long as we in the business continue to;

The rest should take care of itself for the foreseeable future.

Melted from a meltdown

I didn’t get a chance to write this blog last weekend as we were on a trip to London. It was overdue. Both girls are growing like weeds and keeping their parents challenged and fatigued. I was really tired on Saturday. It might have been the previous week of late night hockey games and some early mornings at work, combined with a 6 hour drive on Friday, but I had a hard time keeping my eyes open on Saturday. It didn’t make the visit any less wonderful, but I never did get my energy.

The highlight of the weekend was Saturday evening. After a plastic plated grazing dinner in the backyard, it was bath time for the girls and into the jammies. I think Brady and Abbie both sensed we could be in for a rough bedtime with August. They know her well, her body language, mood(s) and habits and can predict the bedtime difficulty scale of 1 to 10 each night. Some are easier than others. We’d spent the whole day outside doing things and it really was amazing……..so I thought, this will be easy, she’ll just pass out. Unless you miss the window. Once the logical sleepy time gap is breached, the 3 year old becomes over-tired and you’d better buckle up. It’s going to be an event. I’ll spare you some of the absolute treasure chest of comments and contortions and crying but suffice to say, although somewhat entertaining, it was also upsetting to me. I just crumble when they seem so inconsolable.

I’ve been haunted by something she said to me. After a few choice words to her Mom……….my little darling girl was sitting on the stairs, hair frazzled, (that’s nothing new), in her nightie, runny nose and tears dripping down her face, trying to catch her breath, (you know the picture, sobbing while talking). She stops, looks right at me, sniffles and says, ‘Grampa, are you mad at me”? OMG!!!! It was a very special moment for me that provided some insight into the person she will grow up to be. To care about someone else’s feelings at a moment like that was extraordinary to me. Empathy at 3. Now, she also knows how to play us all like a fiddle, but that’s ok. 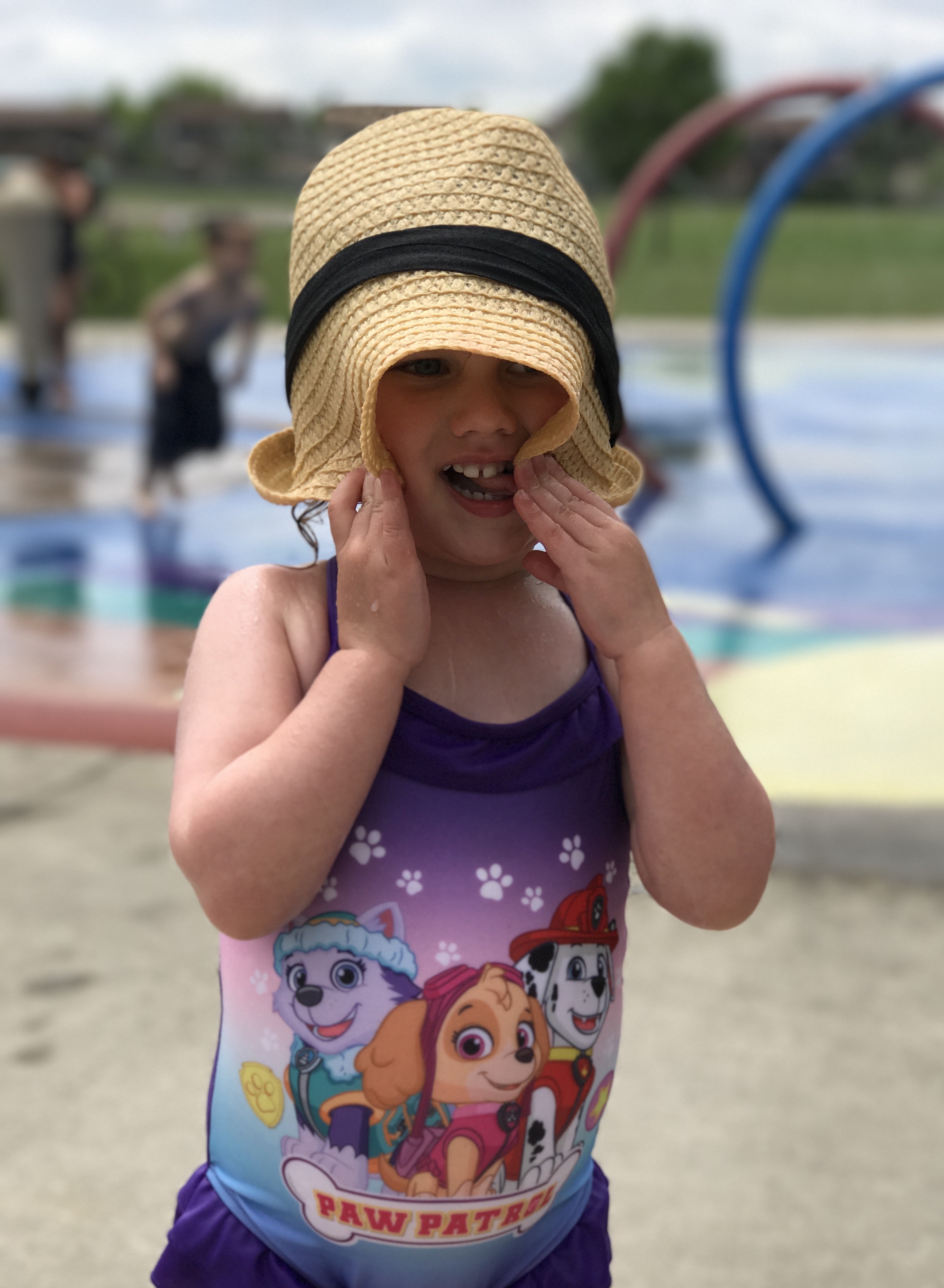 It’s in you to give

I was a blood donor this week. First time in my life. I had tried to give one other time but was rejected for high blood pressure, which I later learned was a real problem. (Not now and not for years). It was a very rewarding experience. The journey began at a “check your blood type” clinic at the station a few weeks back and I found out I have O positive blood. Pretty common. Canadian Blood Services then set up a shuttle bus later for anyone who wanted to donate. I can see how challenging it is for CBS to get donors as the process is quite onerous. There are dozens of conditions to be met…….travel restrictions, illness, piercings, tattoos, and “sexual activity/proclivity” questionnaires to fill out. Check mark. Then another interview, hemoglobin levels check, blood pressure taken and body temperature checks. Being truthful, I felt better knowing how diligent they are. So with my 156 HG level and 120/74 BP I finally went to the chair. There was a group of us. Took about 20 minutes I’d say and 488 ml later……(500 ml with all the test vials) I was done. I went back to the lounge and was offered cookies…..and juice. I asked if they had anything low carb? “Uh, no we don’t”…….water was fine.

I’m going to get my donor card in the mail and become a regular. Every 56 days for men and 84 days for women. Knowing that you are helping people and knowing the need is so great, it’s an easy decision. I highly recommend it if you’re looking for a way to give back.

Canada 150 is kicking in

I’m starting to see the onslaught of Canada 150 activity now that it’s June. Good, I was beginning to wonder if this sesquicentennial was going to be a bust. Apparently not.

Do you remember 1967? Maybe it’s because I was young and impressionable, but I remember it well. We had EXPO 67 in Montreal, the Bobby Gimby anthem “Canada“, school fitness tests for medals, Gold, Silver or Bronze. I think Bronze was default “participation”, tree planting…..Centennial money, The Queen visit and on and on. And I always remeber the logo.

I think it’s going to be a good summer in Ottawa.

Thanks for reading……..have a great week-end.